Bobotie is the national dish of South Africa. It’s a casserole with curried minced meat, aromatic spices and a blend of sweet and sour ingredients. It’s covered with fluffy, creamy egg custard and topped with bananas and shredded coconut.

The list of ingredients may sound exotic, but believe me, this dish is hearty, comforting and its taste complex. This casserole provides a perfect balance of sweet and sour flavours. If you like a combination of meat and fruit you will fall in love with this dish, as we did.

The meatloaf comes out very juicy, but can be easily cut into portions. It’s most often served with yellow rice – rice cooked with turmeric (or saffron), other aromatic spices and raisins. I also served green beans on the side. Beef or lamb mince meat is most commonly used, but I added beef and pork, making it more juicy.

The dish probably comes from the Indonesian island of Java, where a similar dish called Bobotok is known. It’s meat (mostly fish) wrapped in banana leaves, seasoned with coconut, bay leaves, curry paste and steamed. The Dutch traders, on their way from Indonesia to the Netherlands, colonized the Cape of Good Hope, where they brought Indonesian spices and slaves. The Dutch contributed the basic recipe for a minced-meat casserole with a baked-egg topping. The Malays on the other hand, combined european influences with the ingredients available on the spot and spices they knew from their homeland. This way Bobotie was created – a vibrant and colorful mixture of cultures and cuisines. It became very popular both in South Africa and later in the Netherlands, and over time also in other African countries. The first recipe for bobotie can be found in a Dutch cookbook from 1609. To this day, Indonesian cuisine is very popular in the Netherlands – you can find Satay chicken with peanut sauce in almost every restaurant.

I’ve tried many bobotie recipes and this is by far my favourite one. It’s loosely adapted from this website.

Curried minced meat casserole, seasoned with aromatic spices and a blend of sweet and sour ingredients. It’s covered with fluffy, creamy egg custard and topped with bananas and shredded coconut.
SAVE THIS RECIPESaved!

Course dinner
Cuisine south-african
Tried this Recipe? Rate the Recipe and tell us what you think in the Comments!

Did you make this recipe? Let mi know how you liked it in the comments below! 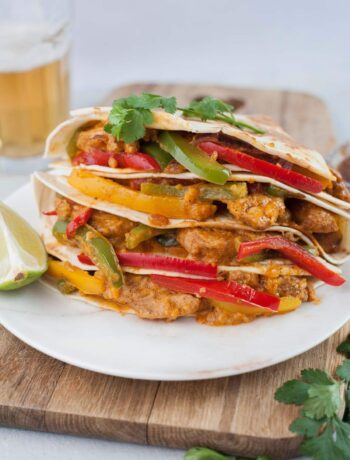 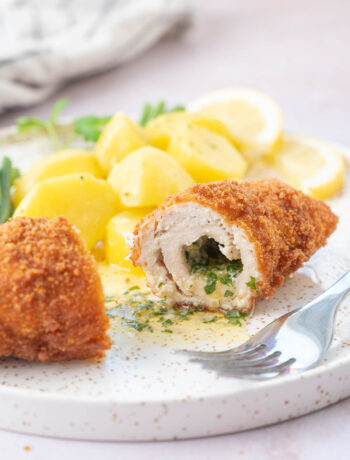