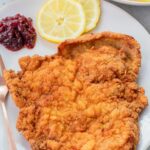 What is Wiener Schnitzel?

Wiener Schnitzel is one of the most iconic Austrian dishes. It’s very popular in Austria and neighboring countries. Wiener means Viennese (from Vienna) in German so the name has nothing to do with hot dogs or wieners.

Wiener Schnitzel is a breaded veal cutlet that is pounded very thinly and then deep-fried until extremely crispy. It’s usually served with lemon slices/wedges, lingonberry jam, and potato salad.

What’s the Difference Between Schnitzel and Wiener Schnitzel?

Here’s what you need to make this delicious dish:

What kind of meat do you need for Wiener Schnitzel?

An authentic Wiener Schnitzel must be made from veal meat. I mean, you can make a Schnitzel from pork, chicken, or turkey but it just won’t be Wiener Schnitzel. Pork meat is a very popular alternative to veal meat which is expensive and more difficult to buy.

You can also make Schnitzel from chicken or turkey, but I would recommend you use this recipe for breaded chicken cutlets – I make the breading with parmesan cheese with a hint of lemon and parsley, it’s really good.

Cut of veal for Wiener Schnitzel

Top Round Cut (a muscle on the inside of the rear leg) called Kalbsoberschale in German is considered the meat of choice for Wiener Schnitzel. I believe this cut of meat is called Veal Topside Schnitzel in the UK/AU. Another good cut is Eye of Round (Kalbsnuss or Kalbskugel in German, it’s shown on the photo) – this is a single oval muscle from the front portion of the rear leg. Both these cuts are very lean pieces of meat, they have almost no fat. They are tough pieces of meat that require long and slow braising or they need to be cut against the grain into thin cutlets.

Make sure to source a Humanely Raised Veal.

For the breading you will need:

Clarified butter (called Butterschmalz in German) is absolutely the best cooking fat for Wiener Schnitzel. The richness and flavor are just unbeatable. You can buy it or make homemade clarified butter (make sure to strain it really well if using it for this recipe). You can’t use regular butter – it would burn very quickly.

How to make Wiener Schnitzel step by step

STEP 1: Cutting the cutlets from a whole piece of veal meat.

This step is optional as you can just purchase veal cutlets from your butcher but if you’d like to know how to cut cutlets from a whole piece of veal meat, here’s how:

No matter if you’re cutting the cutlets yourself or if you’re getting them sliced by your butcher, you will need to flatten them a bit more.

Place a thick plastic bag on top of a cutlet and pound it with a meat mallet starting from the center and moving towards the edges until is uniformly thick – 2/16-3/16 of an inch (3-4mm). It should be really thin.

If using pork, you can make thicker cutlets, about 1/4 inch (6mm) thick. If using chicken or turkey, they can be even thicker.

Set up your breading station: prepare three large plates (or trays, depending on the size of your cutlets), one with flour, the second with eggs, and the third with breadcrumbs. Beat the eggs using a fork but don’t do that very thoroughly, you should still see some parts of egg whites and egg yolks.

Season your cutlets on both sides with salt, then dredge in flour, shake off excess flour, dip in egg (allow excess to drip off), then coat in breadcrumbs. Repeat this for all cutlets. Place on a large plate/tray.

I actually prefer a thicker coating that adheres well to the meat so when I make my Schnitzel at home, I always press the breadcrumbs well. Test for yourself what you prefer more.

Now it’s time to cook the cutlets. You should have enough fat in your pan so that the Schnitzel can ‘swim’ in oil, which is at least 1-inch (3cm) of fat in the pan.

The fat should be hot enough – you can test its temperature by throwing a small amount of breadcrumbs into the fat. If the fat is foaming vigorously, it’s hot enough.

Place the Schnitzel in the pan, laying it away from your body. While the cutlet is cooking, shake gently with the pan and with the Schnitzel holding it with kitchen tongs. This is a special technique called souffleing – it produces bubbles under the breading and a characteristic waved surface of the Schnitzel. Cook the cutlet on both sides until golden brown in color. The cooking process should not exceed 5 minutes.

Transfer to a plate and repeat with remaining cutlets.

Secrets to the best Wiener Schnitzel – a summary

What to serve with Wiener Schnitzel

The most traditional sides to Wiener Schnitzel are lemon slices/wedges and lingonberry jam (thick cranberry sauce is a good substitute). It’s also commonly served with potato and cucumber salad.

The Schnitzel is usually served alone on a large plate with lemon slices and lingonberry jam, while the sides are served on separate plates.

Wiener Schnitzel is best freshly prepared, but if you’d like to reheat it, it’s best to do it in an Air Fryer or oven (325°F/160°C). It can be frozen but won’t be as crispy as freshly prepared.

Wiener Schnitzel is a crispy breaded veal cutlet. Learn with this simple recipe how to make an authentic Wiener Schnitzel that is perfectly crispy and tender.
Pin This Recipe! SAVE THIS RECIPESaved!

Course Main Course
Cuisine austrian
Tried this Recipe? Rate the Recipe and tell us what you think in the Comments!
8 May 2022 By Aleksandra
Last Updated: 13 May 2022
Comments: 0
German Cucumber Salad (Gurkensalat) Tuscan Chicken Pasta 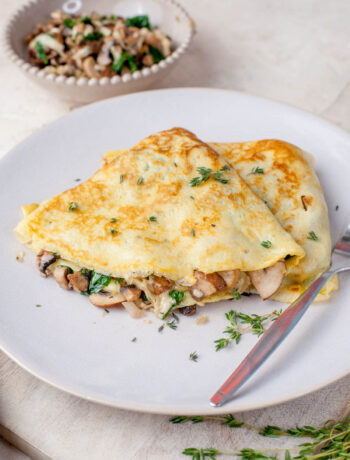 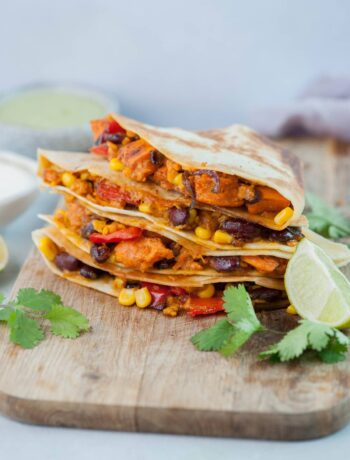